Seven years ago we left northern Vietnam. After an amazing trip traveling to Hanoi, Sapa, Halong Bay, and for Jason, Pleiku, where his Dad was stationed in the war, we hoped one day to return to see more of this amazing country. Well, that day turned out to be last week. This time our itinerary put us first in Ho Chi Minh City followed by the coastal city of Hoi An. We also had the added bonus of getting to bring along Wendy’s parents Dave and Linda to make some memories with us.

Ho Chi Minh proved to be a large and vibrant city. One of our first stops was at the War Remnants Museum. While it was pretty cool to see some of the old war equipment that was left behind, especially the D7 bulldozer that Jason’s Dad used during the war, the photographs and displays were more than difficult to look at. The biggest takeaway? War sucks for pretty much everyone, on all sides.

To get more history, firsthand, our next day’s destination was the Cu Chi Tunnels, a vast network of tunnels built by the Viet Cong. We took a 1-hour cruise from Ho Chi Minh City up the Thu Bon River to visit and learn about a strategically important part of the Vietnam War. 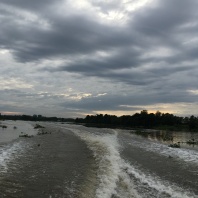 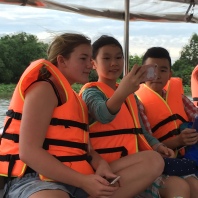 Making friends on the trip up

Underground in the “enlarged” tunnels, made bigger so the tourists could climb through 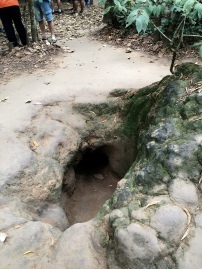 The series of tunnels that were built were quite ingenious. After crawling through a few, it’s hard to imagine actually having to spend much time living in one, but that’s precisely what people did during the war. Even more terrifying is the thought of being a U.S. soldier and having to crawl down into one of these holes looking for enemy soldiers.

Before leaving Ho Chi Minh, we had to make sure and enjoy the local food markets, coffee shops, ice cream offerings, and brewpubs. 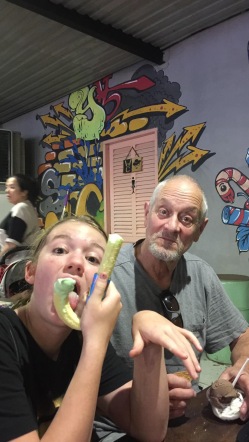 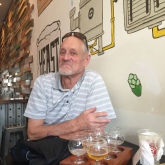 Next, it was off to the gorgeous city of Hoi An.

The only negative thing we could say about the next four days was how much we got rained on, but even that wasn’t enough to put a damper on our trip. 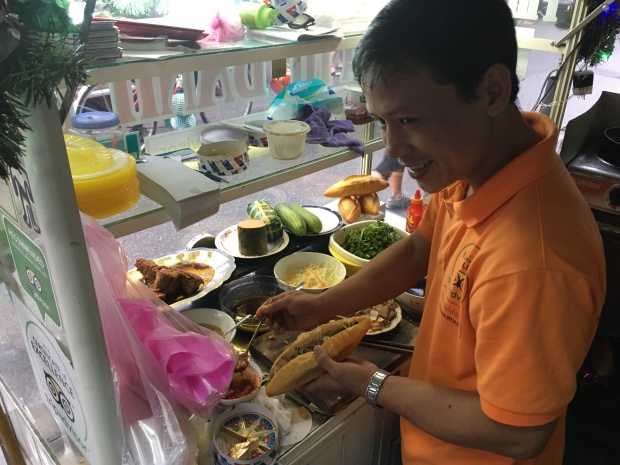 Bahn Mi sandwiches are probably the best 75 cents you can spend in Vietnam.

Below is Indi getting interviewed by a Vietnamese 9th grader whose homework assignment it was to interview a foreigner to practice her English. She did a much better job than any of us would have if the situation was reversed.

We should probably also mention Dave found a cafe that served 3000 Dong “fresh” beers that are brewed and need to be drunk daily… that’s 13 cents U.S. 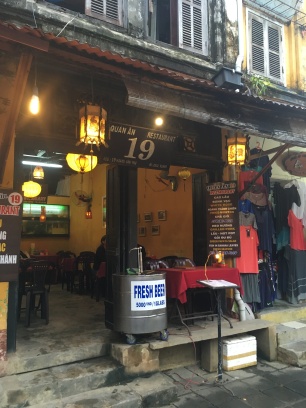 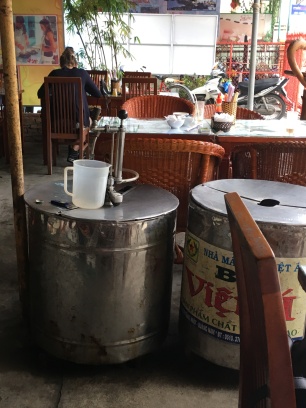 And we didn’t just go out to eat for every meal, sometimes we cooked it ourselves! Here we are at the White Lotus cooking school. Not only do they have a great restaurant and cooking class, all of the proceeds go towards supporting disadvantaged children in Vietnam, Laos, and Cambodia. For our cooking class, we did a little shopping at the market to pick up ingredients before coming back to whip up several classic Vietnamese dishes. Yummy! 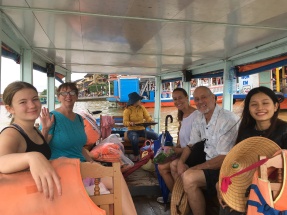 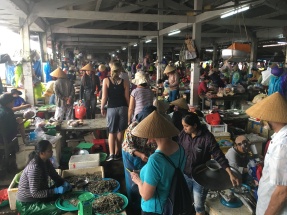 The city of Hoi An is truly an attraction by itself. It was declared a UNESCO world heritage site because of the well-preserved ancient architecture. Walking around at night when the narrow streets are lit up by lanterns is truly magical.

A trip to Hoi An wouldn’t be complete without picking up a new suit. Every other shop in town seems to be a tailor, the competition keeps the prices low. For $200, Jason got a new, custom tailored suit with three dress shirts. Dave looks even more distinguished in his.

New Years Eve Dinner was more of a d0-it-yourself affair. We grilled clams, pork, and chicken right on thebuilt-inn grill at our table.

We got to experiment on our daily trips to the coffee shop to wait out the rain. Syphon coffee looked more like a chemistry experiment than a cuppa joe but produced a great brew. And Jason even tried the local specialty, Egg Coffee; gross sounding, but don’t knock it till you try it. Creamy and delicious! 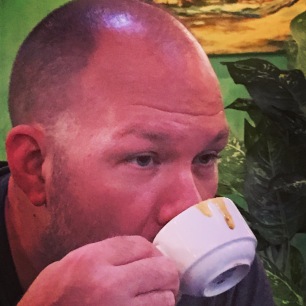 What’s that, you want one more food pictures? In case you haven’t noticed, eating our way through Vietnam was our favorite part of this trip.  How about a parting shot from our best meal of the trip, which not so coincidentally was the most local place we could find. Shrimp noodles, deep fried wontons, morning glory, Vietnamese pancakes. We could go on, but really you just need to come to this awesome country and try it all for yourself.