In Rick Riordan’s book, The Lightning Thief, Percy and his friends are enticed by the glitz and glamour, food and frivolity in the Lotus Hotel and Casino, emerging from trance-like states five calendar days later, much to their dazed surprise. If you’ve ever experienced Las Vegas, you know that once you fight through the haze of smoke and reverberating cacophony of ringadings, Lionel Ritchie slow jams, and siren call of the almighty slot machine, you feel like you, too, have lost track of time and days that you can never recover.

When we told them we were taking our young, impressionable daughter to Vegas, our family and friends shook their heads in quiet disapproval. We pressed on.

Deep Fried Snickers Sundae @ Serendipity 3 (thanks to Betty Chang for the recommendation!) 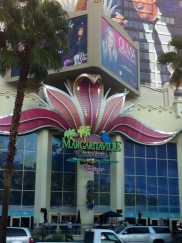 Olivia, the Osmonds, and Margaritaville

To further Indi’s “American curriculum”, we booked into Circus Circus for three nights too long, taking advantage of the free big top shows and the amusement park inside the hotel, riding roller coasters and eating junk food.

Since no stay in Vegas is complete without a show, we decided to check out the Mac King Comedy Magic Show at Harrah’s because 1. it was highly recommended and 2. it was cheap. Most of the laughs originated from the ‘ol hidden pocket inside the crotch zipper and, discernment aside, Mac King gets a Windust seal of approval because it was not only cheap—compared to the other options— but also entertaining to all three of us (mostly Indi). 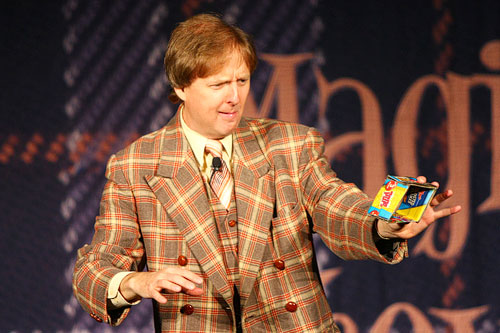 Another night, we rode the bus to the downtown area to go where the Rat Pack spent their dough and to check out the Mob Museum, which ended up being ridiculously expensive (so we visited the museum gift shop for free!).

Our favorite trip was to China Town to Viet Noodle Bar; the best phở we’ve had in a long time, outside of Vietnam. If we ever return to Sin City, you’ll find us here. 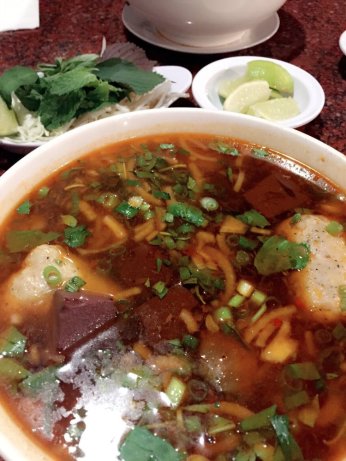 We also ventured off the strip to get Jason cleaned up for an interview and headed to Joe’s Barbershop next door to where Indi and Wendy waited patiently at Abuela’s Tacos, chowing down on horchata and breakfast burritos.

Thank you, Matt Medina, for Jason’s before and after! 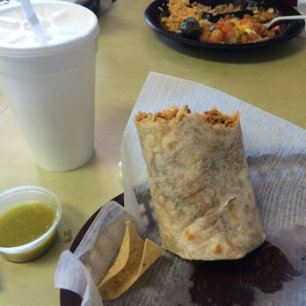 Breakfast of champions: burrito and horchata

The biggest takeaway? We are far too cheap and not nearly fond enough of boozie slushies to truly enjoy all that Vegas has to offer–and Indi has no desire to ever return. Let’s call it a successful early intervention.

Next stop: Kanab, Utah for the North Rim of the Grand Canyon and Bryce Canyon and Zion National Parks!